Reshaping Cisco: The world according to Chambers | The Economist

In case you missed this article on Cisco before you headed out for your Labor Day weekend, There's a wealth of information on where Cisco's been and where John Chambers intends to take them.  Of particular interest is their foucs on virtualization:

"In the case of servers, souped-up computers that dish up data, the market shift Cisco intends to ride is virtualisation. In essence this means that the servers in a data centre are turned into a pool of computing power to be tapped into as needed rather than being used individually. Virtualisation creates a lot of complexity, to which Cisco has found an answer, says Robert Lloyd, who heads the group that has developed what Cisco calls the “unified computing system”. Its parts—servers, storage disks, memory—are held together and managed by a powerful switch running Nx-OS, one of Cisco’s operating systems."

As a Cisco Select Partner here at i3 Business Solutions, we see their products as essential to "making things really work." As more and more of our business systems-- and personal networks of devices-- get interwoven and integrated, I can only think that Cisco ultimately will be in the middle of it, making them all work together.

via Reshaping Cisco: The world according to Chambers | The Economist. 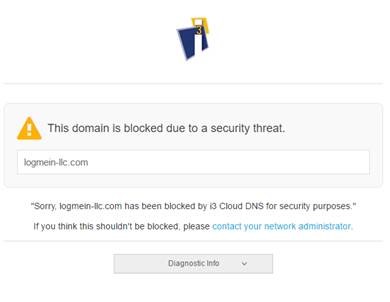 How to Recognize Phishing Attempts

Overcoming Fear Of The Cloud | Forbes.com