Last week I attended my first #WPC2016 Microsoft Worldwide Partner Conference in Toronto, Ontario, CN. Here are my key thoughts and ‘learnings’, along with announcement about new products, enhancements to existing products and programs recently announced at the conference.

Second, we know that a good conference is like ‘drinking the cool aid’ of the subject’s passion. I did and got religion – in I believe a milder way. My affirmations:

Third, Kathy Labozzetta & I came into technology in the ‘90’s through the manufacturing and distribution Industry Software Vendors (ISV) working with and for IBM. We found software solutions for prospective customers, helped them select the right solution, and Surprise! the software ran on IBM Midrange Computers (AS/400 & RS/6000). Microsoft is developing and building their own ISV Application Store and Partners to grow their ecosystem. It is genuinely amazing to see the same strategy showing up a quarter century later. Project Madeira, based on Dynamics NAV, is now part of Office 365.

Fourth, Windows 10, Surface, and Enterprise Security are now all available on a monthly service basis.

Fifth, Facebook is among the latest enterprises to deploy Office 365 — for its more than 13,000 employees globally.

Last, my third born son is named Marcus Alan Ritsema. Marcus Allen was on the Raiders’ NFL Team that won the Super Bowl the year Marcus was born. Certainly, Jane & I we were on the name Marcus and my brother’s middle name is Alan. But, when I met Marcus Allen, shown here, I told him, “I named my middle child after you.” He responded, “Really?” Well…kind of… I figure that Microsoft spent $250,000 flying in Bill Walton, Nancy Kerrigan, Morgan Pressel, and Marcus Allen to the US Region celebration.

In summary, i3 Business Solutions has the right focus and is riding a strong enterprise partner to deliver business results to you, our customers.

The 2016 Microsoft Worldwide Partner Conference affirmed the strength of their platform as a business productivity tool. 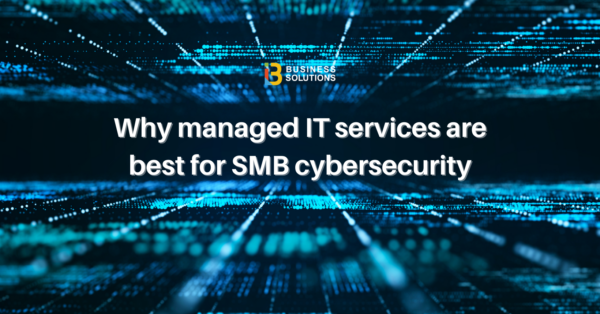 Why managed IT services are best for SMB cybersecurity

Microsoft’s “Me Too” Strategy: Can the Tortoise Beat the Hare?